The Need
The client experienced an extensive negative emotional surge after a public speaking event, which was immediately followed by a disturbing decline in his work. The two were not related and didn’t make sense, although the problem was big and disturbing.

The Solution
I provided a plan to prepare my client’s mindset to eliminate all past negative emotions from his past, replace past hindering beliefs with empowering ones, and realign values in this specific context. The solution included planting future memories into the unconscious mind.

The Benefit
The solution supported my client’s emotional well-being. None of the limiting beliefs surfaced, and the new beliefs about himself and what was possible for him cross-textualized into his relationship, family, and self-development values.

Client Achieved Peace of Mind After
Past Trauma Release

A client was referred to me after he accepted a position at a keynote speaking event. During his speech, he was confident, calm and collected. After delivering the speech, he experienced negative emotions coming from his past regarding personal events that he thought he had already resolved and put behind him.

Consequently, his work was affected; he became disorganized and couldn’t concentrate. His clients were not sufficiently taken care of and his business started to decline.

Preparing a Plan for Instant Improvement

To work with the client efficiently I ordained a task to complete. After this task was successfully completed, we set the appointment for our first session. During our first session, I utilized various NLP techniques along with linguistically designed questions to loosen the grip around his problem.

Also, I utilized Isochronic tones and binaural beats during my sessions to aid my client’s access to his unconscious mind. We discovered the prime directive of his problem which was not being good enough. For someone as confident and well-rounded as he was, it didn’t make sense. And it doesn’t have to, since the unconscious mind is not logical.

Next, I guided my client to release all negative emotions and limiting beliefs from his past with Time Line Therapy®. He said it felt like a huge weight had been lifted from his shoulders. The emotions completely disappeared from his memories.

The emotional release was followed by his values alignment. Values are what is important to us. Based on our values, we decide what is right and what is wrong and therefore, when we are conscious of them we tend to make the right decisions. Values are the second-most prevalent unconscious filters in us. Bringing values to awareness helped my client’s clarity and decision-making process.

Following the values alignment, I taught my client a new strategy to set boundaries and we inserted future memories into his time line with specific goals using Time Line Therapy®. He installed a resource anchor for his future success on and off the stage.

The client reported back after one month that he had no recurring negative emotional surge from any past event. Also, he realized how easily he can utilize the techniques that he was presented with. The client had an undeniable experience of the problem disappearing from his life.

This case study depicts what processes were used during a trauma release executive coaching session, and what outcome was achieved. I keep my clients’ identity strictly confidential. I only use written notes during my sessions. I guarantee results in writing. 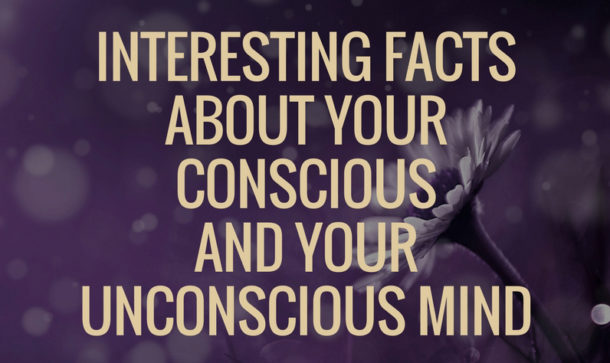 DO YOU KNOW THE DIFFERENCE?

Download my infographic about the major differences between your conscious and unconscious minds. Learn about the specific functions of each. Provide your name and email address here!

The Need
The client wanted to travel to countries where cats are common on the streets. Her extreme fear of cats was holding her back. She wanted to get rid of her cat phobia.

The Solution
I provided a plan to clean up her past negative emotions, utilize the Fast Phobia Model to get rid of the phobia and utilized hypnosis to have permanent results on the unconscious level.

The Benefit
Emotional freedom. The client is free to travel now without any embarrassing reaction to cats. She can encounter cats and just be oblivious about them.

Client Got Rid of Cat Phobia

A client came to me about her irrational fear of cats. She had her phobia since early childhood. The client is 34 years old and was ready to let go of her fear.  She had a deep desired to travel and wanted to be phobia free on her exciting journeys.

Consequently, her life’s quality was affected; she was looking for cats everywhere and feared the encounter will leave her frozen from fear with serious anxiety attacks. She couldn’t look at any cat’s picture or video either. Not even kitty videos.

Preparing for the phobia release

To work with the client efficiently I ordained a task to complete. After this task was successfully completed, I utilized various NLP techniques to loosen her grip around the problem.

Also, I utilized Isochronic tones during my sessions to aid my client’s access to his unconscious mind and to keep her calm.

Next, I guided my client to release all negative emotions; anger, sadness, fear, hurt, and guilt along with limiting beliefs from his past with Time Line Therapy®. Since a phobia is an extreme fear, she already showed improvement right after our first session. She could look at still pictures of cats which were a huge improvement for her already.

After cleaning up her past with Time Line Therapy®, we established a resource anchor for her to create a calm, cool, and collected state of mind. I guided my client through the Fast Phobia Model. We repeated 4 hypnosis sessions after the Fast Phobia Release. Her improvements surprised her.

I would like to emphasize here that she didn’t want to like or love cats or touch them; what she wanted was to be “normal” around them. Normal in her terms in her world.

After four sessions, client and I visited a pet store, where she observed the cats and was “normal” around them. She concluded that she has never been this close to cats let alone feel calm and collected, with a confident state of mind. She declared her consultations with me a success.

The client was assigned to practice using her resource anchor and look at cat pictures and videos on her own. Per the last report, she is “normal” around cats. She doesn’t prefer to be around them and has no desire to touch them.

This case study depicts what processes were used during a phobia release session, and what outcome was achieved. I keep my clients’ identity strictly confidential. I only use written notes during my sessions. I guarantee results in writing.